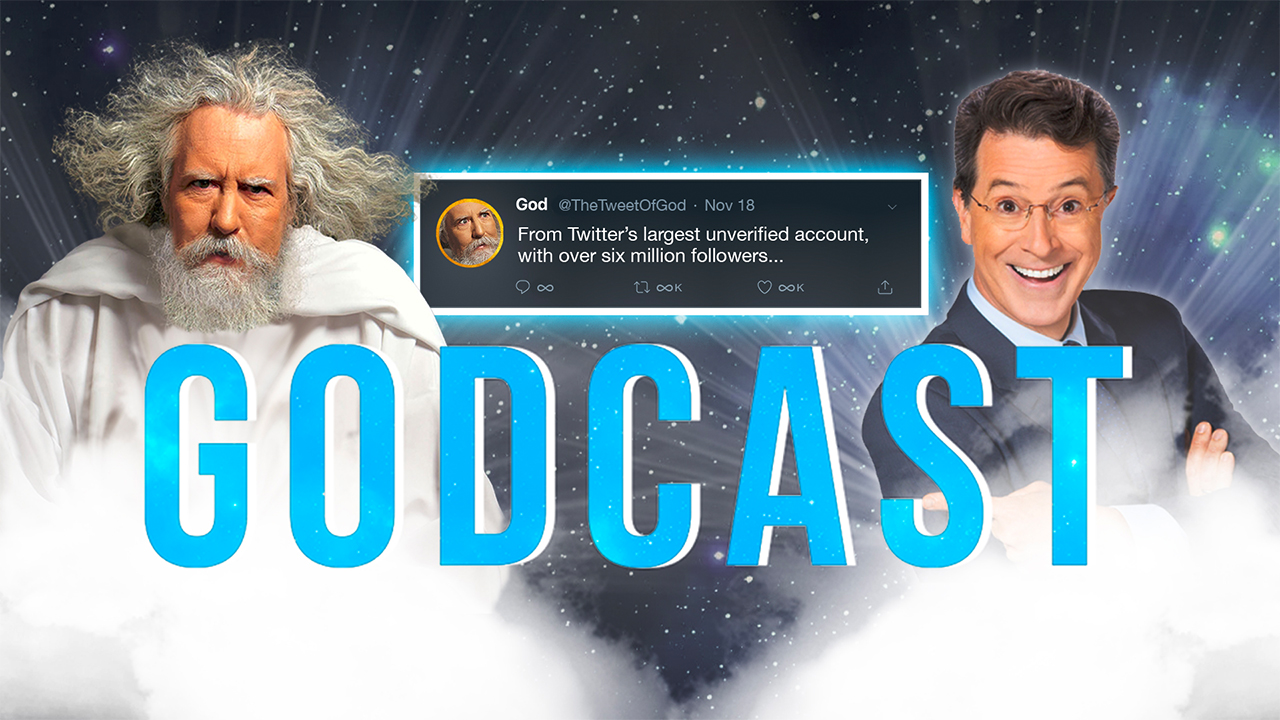 [Godcast] is manned by the comedy writer David Javerbaum, perhaps best known for his tenure on The Daily Show With Jon Stewart… And you know what? It’s all a pretty fun hang facilitated by very capable comedians. There’s a nice synchronicity to the fact that the podcast’s first episode features Stephen Colbert, in part due to the association with The Daily Show but mostly because Colbert came to prominence off his own extensive commitment to a bit, playing a caricature of a right-wing television personality during The Colbert Report’s almost-decade-long run.